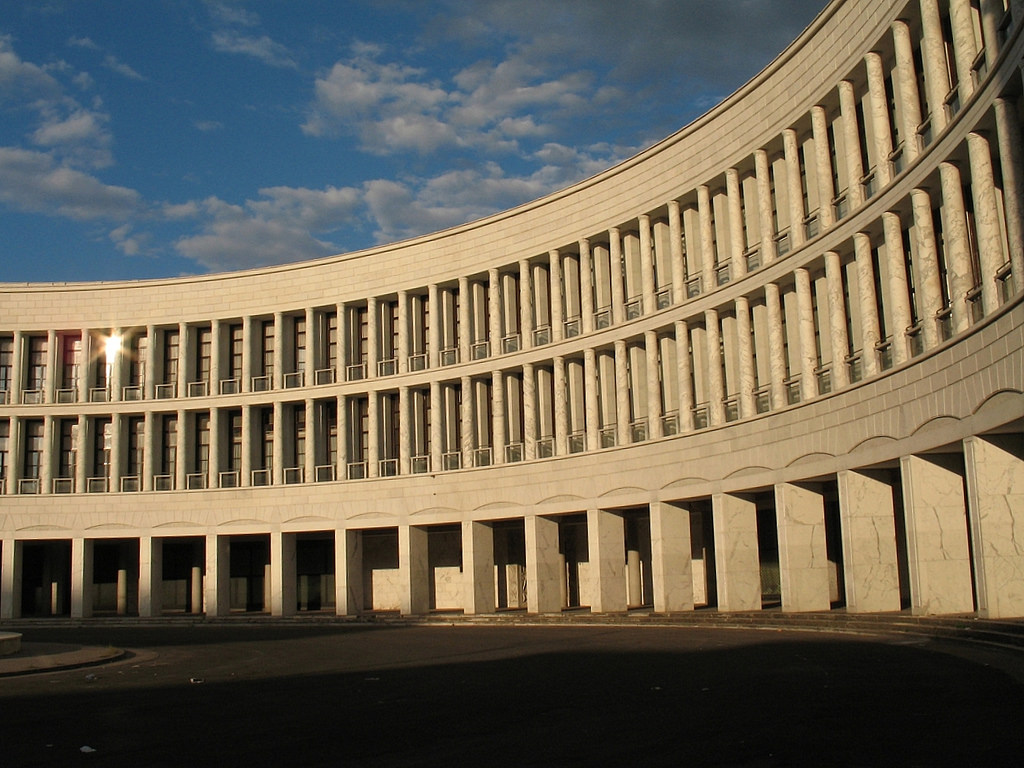 The INA (National Insurance Institute) building together with the INPS (National Social Security Institute) building are both located in Piazza delle Nazioni in the Europa (or EUR) district of Rome.
The building was designed by the Milanese architect Giovanni Muzio, and by the Romans Mario Paniconi and Giulio Pediconi in 1939 as “architectural wings” for the imperial door, within the broader project of the urban complex for the 1942 Universal Exposition (canceled due to the war events).

The total surface is 7,700 m², while the total volume is 78,000 m³.
The building is made of reinforced concrete covered with marble from the Apuan Alps. The facade is on three levels with pillars in two orders on the ground floor. The building forms a semicircular basin on which there are water features that fill the two exedras formed by the buildings on the square. The four headstones of the palaces are home to the high reliefs of 1941. 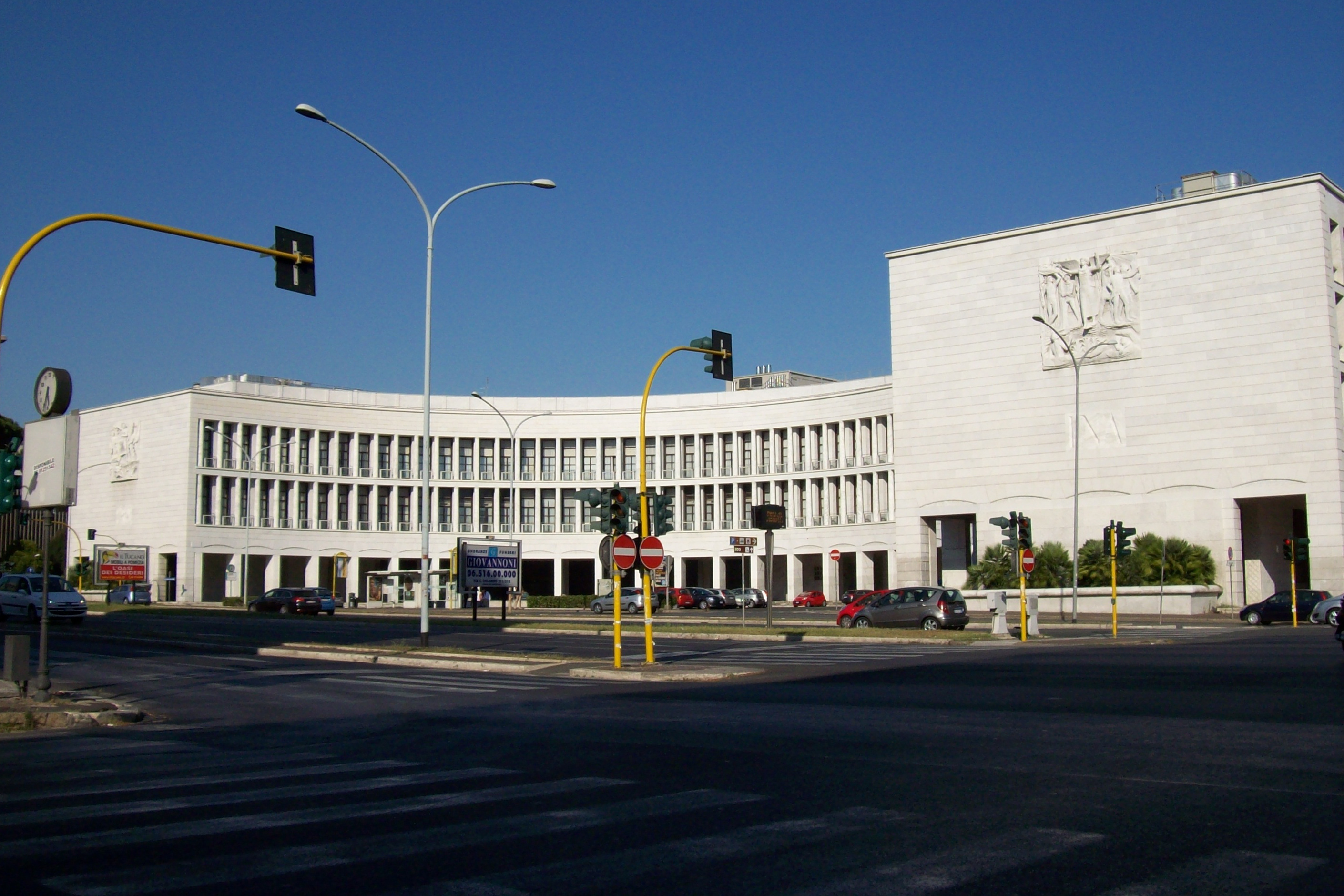