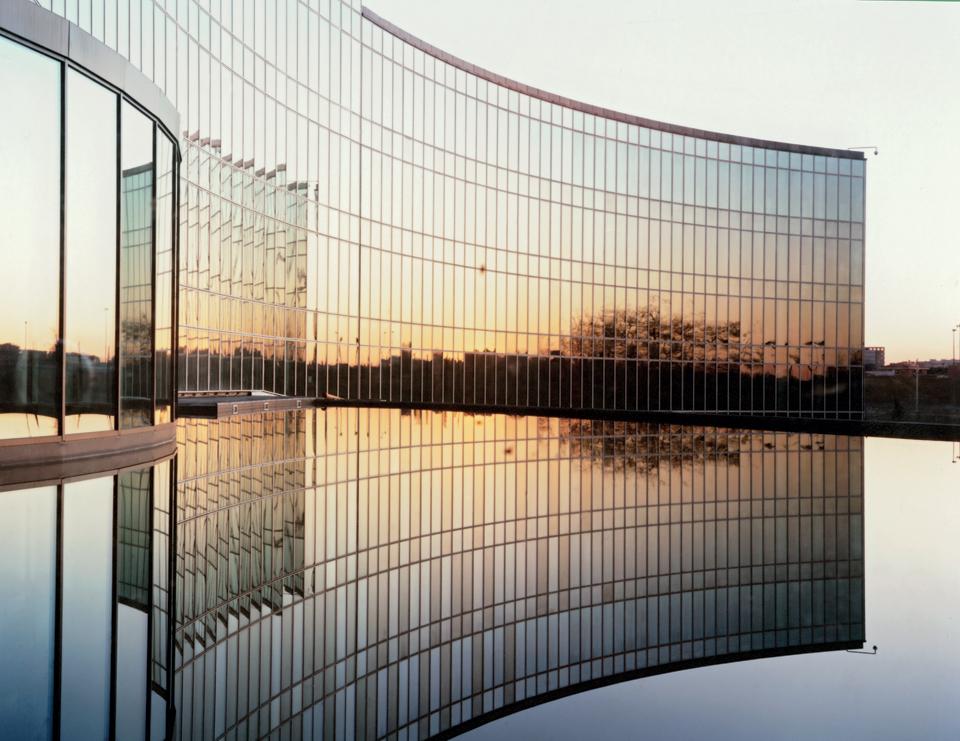 Officially inaugurated in July 2012, the new headquarters of the Italian Space Agency (ASI) in Rome is located in the up-eastern area of the capital, in the Tor Vergata area.

This is one of the major interventions (in terms of size) of the last years in the city. As also emphasized by the authors themselves, the main theme “is that of equilibrium” of a balance between the various functions and the various forms that house the different blocks of the complex.
The most evident block is the “crescent” (evident “astronomical” citation) large curved body with an entirely glazed facade, placed on a semicircular perimeter.

Another imposing block that encloses the atrium, services and auditorium, in turn is wedged below the crescent in a successful game of equilibrium.
On the street front, on the other hand, the offices, laboratories, the library and the company nursery are arranged in variable volumes to form almost a “urban micro-cosmos” in its own right.
As for the materials, in addition to the extensive use of glass, the designers also resorted to an important Reynobond aluminum sheet cladding with a dark shade. In fact, black is a recurrent element in the whole composition: from slate flooring, to internal wall covering up to external ones, to capture the obscurity of the space as well as to brush up images entered in the collective imagination (for example: the monolith black of “2001-A Space Odyssey” by Stanley Kubrik).
The choice of other characteristic elements of the complex also contributes to giving a futuristic, almost “lunar” appearance. 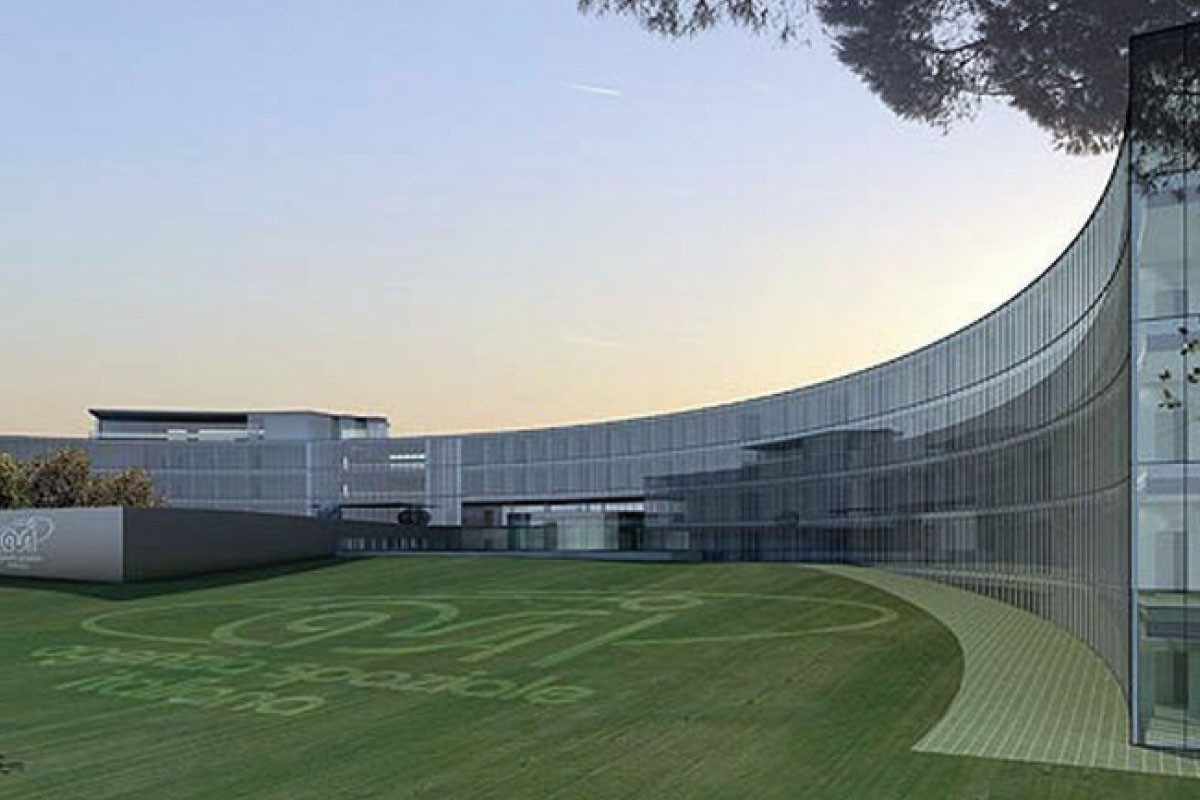 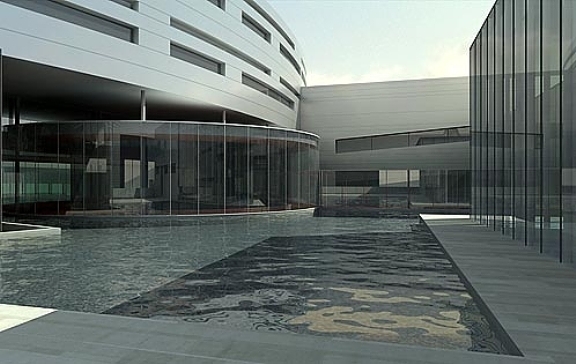 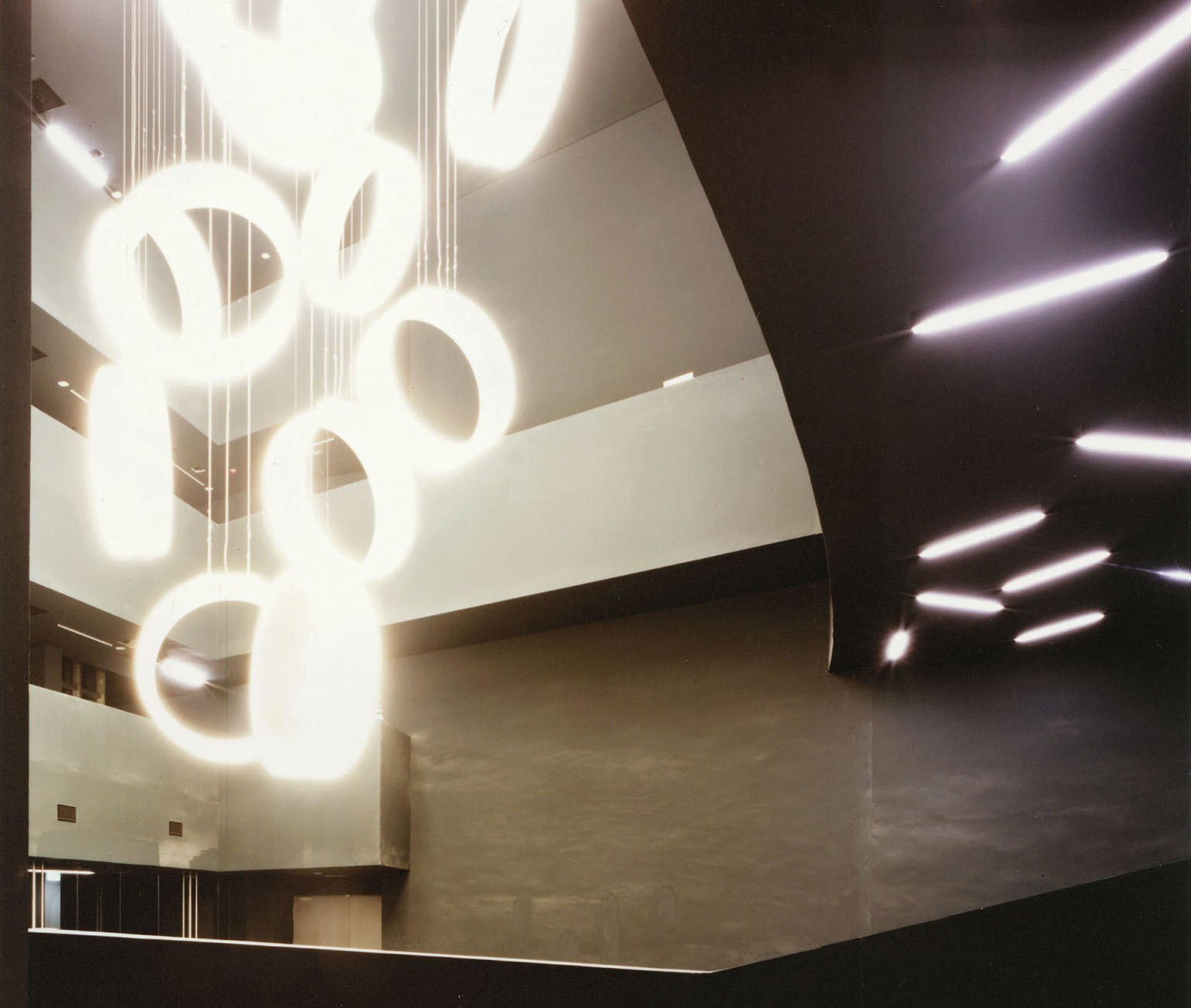 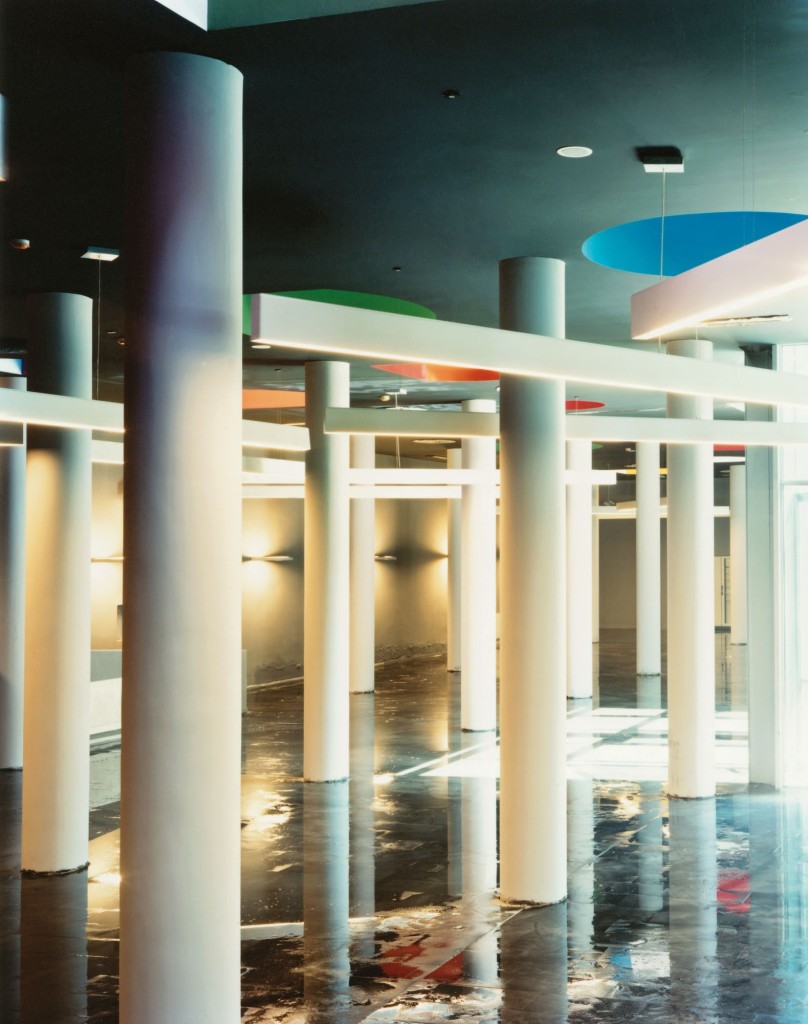